It is a rare occurrence to be part of an event, sponsored by a large global powerhouse, where the event is more about the people than about promoting the corporation sponsoring the event. All too often, these organisations try to take the spotlight, to promote their brand. I guess I was lucky to be invited to the Unilever Food Solutions, Master your passion final held on the 29th October 2015 at the Culinary Center of Excellence, University of Johannesburg.

Senior chefs were asked to nominate their young stars, those fresh food stars with a passion for food who had the ambition, drive and heart to reach the top. The finalists from the nominees were then mentored by the best of the best on the South African culinary scene for the month of September.

The young chefs were thrown into a kitchen with a mystery box set of ingredients, some of the best ingredients South Africa has to offer such as Scallops, Shrimp, Mussels and Venison Loin. The chefs were tasked with created a starter and a main using the ingredients.

The Chefs did not disappoint…

Remember, those dishes were created by junior chefs, yet they look like something you would get out of a michelin starred restaurant, they looked beautiful, you almost felt guilty for destroying it when eating.

These are junior chefs, so in execution there were technical issues. The meat sometimes severely underdone and extremely rare, the risotto chewy and undercooked, but that is the point of the competition, to push these junior chefs to beyond what is expected from their peers and to allow the cream to rise to the top and boy did they rise.

But, what’s a competition without prizes?

The winner receives a culinary experience in London worth R50,000 including flights, accommodation and experience in some of London’s top kitchens. The nominating chef is in line for a R10,000 weekend getaway. Runner up chefs all receive cooking classes.

The winner of the 2015 Master Your Passion by Unilever Food Solutions was Abdul Frederick’s of the Southern Sun Cape Sun. 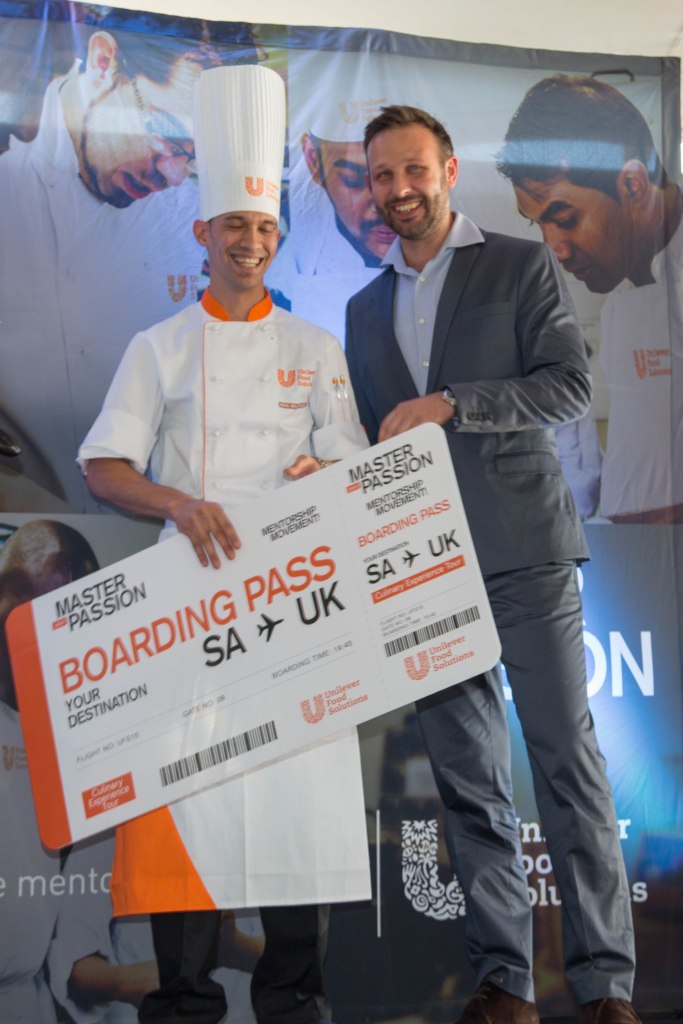 Bought tickets for #rockyhorrorshow #MonteCasino @tsogosun for date day with hubby. What an AMAZING show, would watch it again and again. Not impressed with R110 price tag on a G&T. #dateday #showtime #Notsponsored #freethegandt #janet #happytime
All the G&T yum with @drifterbrewing bucu gin and tonic on tap @greenglenvista It's my gin on tap choice always tasty. Gin and tonic what weekends are for. #ginandtonic #gin #drinkinglocal #locallymade #cheers #gintribe
Mommy says in have to eat my vegetables... I think I'm doing it wrong #Mustlovefur #AdoptDontShop #furchild #veggies
Nooo I don't wannnna #AdoptDontShop #Mustlovefur #furchild #dogsofinstagram #mommiesboy
Last nights Cherry and mint g&t #gnt #ginandtonic #gintime #gin
How awsome, hubby made a big pot of yummy so that I don't have to cook for a bit. All the love #foodie #feedme #besthusband #curry #fooddoneright